Today the 15th of August is special for 2 reasons. One for India celebrating it’s 74th Independence Day and second with M S Dhoni officially announcing his retirement from international cricket. MS Dhoni born on the 7th of July 1981 loves number 7.

Both are patriotic emotions that every indian resonates strongly. This is indeed a big decision which we must respect knowing who he has been in 16 years since we have known him.

This news has made many go through the journey of his Indian cricket. Below are the statistics of his career.

Millions of his fans are emotional about the decision and everyone is proud of him. He led the Indian cricket team and won in the format of the ICC world cup. This made him the only captain to achieve this feat. He is a perfect example of a growth mindset.

Dhoni is highly looked up to a person for most. Many youths want to emulate him in their real-life should read this curated 7 key lessons from his journey.

1. A wicket-keeper – Behind the scene

He was kneeling down every single ball. He let his mind observe every move of the opposite team player. Strategies were real-time and composed. His ability as a wicketkeeper is outstanding in how he imposed pressure on batsman to stay in the crease and run faster than normal. He let his presence felt on the field always. He is the best wicket-keeper batsman captain we could have had. So lesson to learn for success is ‘ Listen and Observe carefully.’

Under all pressure game, he ensured to lead the team as Captain Cool. He never let failure, loss, anger, defeat, fear show on his face. This attitude made a big difference ensuring the opposite team does not over power us. He knew his game and the team’s too. So, stay calm and give your best. Not worry about the results.

On most occasions, when the team lost early wickets, he ensured to lead us by setting a partnership and make India win. We remember innumerable wins with his sixes that shall always be cherished. Special one will be winning the world cup in Wankhede Stadium, Mumbai. This is the secret of successful people who show by delivering what they expect from the team.

You must have seen his anger that gets so well channelised that opposite team most fears about. Best in records is the Bangladesh player tiff with him. Show it when it needs to be and focus on the game.

He always focussed on building a team that plays for the nation. That brought a lot of positive into the squad. This is what a captain needs to do, Understand the pulse of game and build talent who play to win as a team.

Everyone knows he aimed at the world cup and thought beyond the box. He let the selectors know his goals. After 1983 World Cup win, we always wished to win but here is a man who made dream a reality. This is key for success, think big and work towards it.

His interview and post match presentation are my favourite. The clarity in which he speak by taking responsibility is to look upto. He credits the team for the wins and takes responsibility for the losses.

So, let’s wish him more success for this future endeavor and golf passion. He surely is the pride of our nation. It’s time we celebrate this day and remember the hero, MS Dhoni. 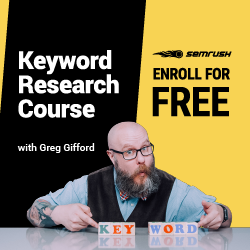